Rebecca Derbas-Selvidge holds a Bachelors of Music in Choral Education from Western Michigan University and a Certificate of Musical Theatre Performance from the American Musical and Dramatic Academy in New York City. She is the Choral Director at Coloma Community Schools and Lake Michigan College's Summer Choir. She has performed with various ensembles including: Gold Company under Dr. Steve Zegree, WMU Chorale under Dr. James Bass, and VOICES LMC as well as regional and local theatre productions such as Sandy in Grease!, Mabel in Pirates of Penzance, Mother in SMSO's Ragtime, and Penelope Pennywise in Urinetown.  She has been the musical director for Twin City Player's Sound of Music, Children's Music Workshop's production of Hairspray and CMW TeenStock's summer productions including Les Miserables, Legally Blonde, and Spamalot; and directing Xanadu.

Rebecca has performed at the International Association of Jazz Educators conference in Toronto and has appeared on several albums including: WMU Gold Company's Who Could Ask for Anything More and 30; Tim Hauser's Love Stories; and Ditties for Kiddies, a benefit CD for Little Kids Rock. She was writer/producer/performer for A Woman's World Cabaret at Danny's Skylight in New York City and the local cabaret Broadway on a Summer's Night. She has performed at such venues as The Cutting Room, The Triad, Studio One in New York City. Rebecca was co-singer/songwriter for the band Stoney End, a back-up singer for Erin Hill Band and is a BMI affiliated songwriter. 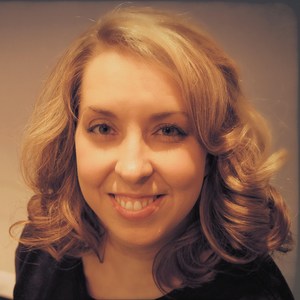